King Of The Ring, T Dirte Is Coming. Oh yes the Beemer is near enough ready. I had one major problem to get sorted. After the short drifting practice I had on Wednesday the engine temperature had climbed to 3/4 on the gauge! Not good and time was running out!

I wasn’t too sure what to go for, a bigger radiator or decent electric fan?  I had a cheap £20 fan from eBay on it which seemed to do the job but wasn’t man enough for drifting. Hmmm, well I went for a Kenlowe high performance fan. On Friday Mum & sister picked up the fan for me at Burton Power in Ilford! 😉

Today I also had a Physio appointment at 6pm. Left the garage just gone 5pm. There was traffic everywhere. I was sweltering in this July heat wave, with very bad traffic due to a forest fire in Epping forest & with no petrol sapping air-con I was sweating like a gorillas sack …….. I made it to my physio appointment, just over 10mins late but didn’t get time to clean up before I got there, so I was a little dirty & sweaty!

If you have any aches, pains or are in need of a great massage, I Highly recommend booking into Physio answers in Leyton. The staff are all friendly and very helpful.

When I got home & I was staggering, my blood sugars had dropped real low. I think this was due to the heat and sweating? After sorting that I had some dinner & headed back to the garage to fit the High Performance Kenlowe elecy fan!

Let’s just say that after a couple hours, having to cut bits of the bodywork away to make it fit and some rewiring, the fan was in. Got back home and it was 11:50pm, had to eat and have a bath before hitting the sack…. 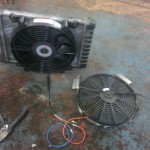 No comparison, apart from price 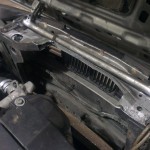 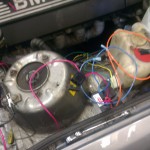 Next morning I was well & truly knackered. Went to the garage and when Marsh found out I was still going to do King Of The Ring at Essex arena, he was all up for going in Leo Wanker, the hairdresser Merc SLK he got last week and was selling next week, well as good as sold. His brother Sean and Marshens wife thought he was mad, well nothing new there as he is a bit of a head case, 🙂 so this would add to the fun….

Any how time to give the Beemer one last check over. Sorted the petrol leak, sealed the gaps between the radiator with good old duck tape (temporary bodge) but the o/s/f shock had blown a seal and all the fluid was leaking out, this would have to be sorted another day! All ready to go. Went to start her and just spinning over, Now What! The petrol pump wasnt buzzing, it had a bad f`ing connection, sorted & secured it and we were of….

Went home to have something to eat and have a 10 minute siesta. It was now 5pm, time to get going! No traffic on the A13 today which was a result, got to Essex arena within half an hour.

Drove up to the main gate, signed the declaration form and asked the woman about taking passengers out, as I didnt have a roll cage or harness fitted. She said that would be ok and each passenger has to pay £10 & gets a wrist band and they will have to wear a crash helmet. Yet in the practice I done wensday you needed both harness & Roll cage???

Anyhow, I paid the £40 entry fee and the women said my number was 70 something, which i had forgoten by time I got to the pits, not that it mattered.

Changed the back wheels, taped up the lights and then Marsh called said he would be there in 10 minutes. Waited for him and we taped his lights up and we were ready to rock n roll!

Went to the scrutineering bay and they just pointed us to the queue. There were 2 queues, one for drifters who were in a club & the other for the rest of us, the newbies. Have to say It was badly organised. We didn’t get a number on the cars and nothing checked on the cars, again I had wheels loose in the back, with a jack, tools, big hammer & big bar! 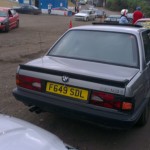 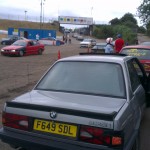 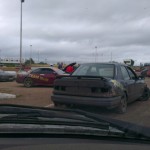 It wasn’t long before we were out on track. Martin pulled up beside me on the grid! This was gonna be a laugh and I couldn’t stop myself from grinning! Looked over at him and we started slinging abuse at each other…..I was in stitches….

Looked like this would be the official scrutineering as one of the marshal’s just gave a brief look over the cars and told me to put my windows up a bit and told Marsh he would have to put more tape on his lights!

The flag dropped and the bullshit stopped, we were of, tyres spinning up and cars snaking about trying to find some grip. 1st corner we all got around, Marsh was on the inside but went spining of on the next bend and I couldn’t help but chuckle away to myself, I seen him have another spin later on and suprisinly I didnt lose it once but had a few close ones. 😉 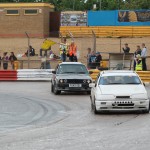 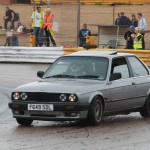 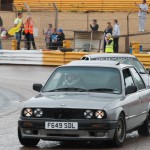 I had listened to Allan from the drift practice on Wednesday and just eased of the speed going into the corners and been less aggressive with the throttle and already felt like I was getting into the groove! 😉

After the 1st session I’m happy to say the temperature gauge didn’t rise above the halfway mark. Got in to the pits and joined the queue for the next session. Marsh was about 9 cars behind. Brought him down some gaffer tape to tape his lights up and we were chatting having a laugh and then I could see the Woman at the top of the queue pointing and waving to me, was she after me?

I looked around and it seemed like she was waving to me……Oh shit, I was blocking the queue, the cars in front of mine were at the track gates waiting to go out! Quickly ran up getting a few pikey comments on the way, jumped in the Bimmer and joined the others!

This session I done pretty good as well but had a few spins. The worst one I ended up with the front on top of the small curb which ripped the front lip spoiler of the Beemer, only minor damage. If I had spun a few foot earlier the bigger curb would of taken the front bumper of…..hmmm, close….. 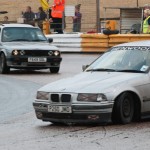 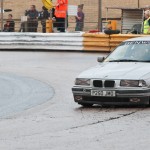 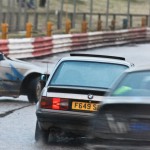 Got back to the pits and went up to the track to watch Marsh. Where was he? I was sure he was up next…..session over and there he was, coming from the middle of the track.

Leo had lost a battle with the Armco barrier and had more then panel damage. 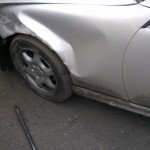 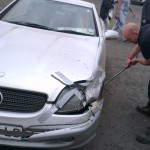 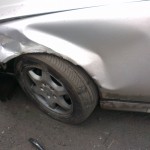 Before our 3rd session Marcus, Kez, Shannon, Woody, little Henry, Ryan and his sister turned up and then Spix (Mick) arrived. My brother and his mate Rob, my Dad, Ma & sister had also arrived for the Pikey Drifting! Laura came with Harry & Holly. Sean was also arriving with Julie and Tom. Unfourtuently for Leo the Merc it would be the last go.

I was queuing up for another session and Marcus had grabbed marsh’s helmet and jumped in for a passenger ride but as we drove up to the track gates the women asked Marc where was his wrist band??? He was out, she ordered him out, no messing! 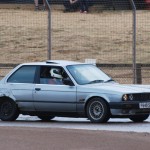 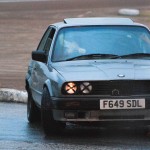 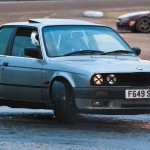 After that session I was in the queue for another go but had been checking my blood sugars in-between sessions and surprisingly they were running high, the reason I had to keep going to drain the lizard, took extra insulin to lower it but didn’t want to go too low you know!!

It was all becoming a bit of a blur by now, with people coming and going the bass coming from some of the cars in the pit area was brain shaking at times and tiredness was catching up with me.

In the queue for my last session some time after 9pm and I was dozing of, couldn’t stop yawning and If it wasn’t for the big brain shaking bass lines and cars screaming about in the pits I would of been fast a sleep!! 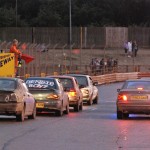 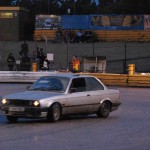 And as Spix reminded before this session, I wasn’t too sure how much fuel I had left as the petrol gauge doesn’t work and I didn’t fancy been stuck on the track out of gogo juice.

Anyhow my last go was pretty good, darkness was falling and the flood lights were on giving a different view of the track. I was enjoying this session and getting pretty sideways around most of it, great fun!!

After this me & my mates went down to the Sound Off competition, where most of the cars were worth less then all the speakers and amps that these Bass heads had squeezed into them.

I tell you what though, wouldn’t be long before you had permanent hearing loss sitting in some of these boom boxes, some impressive kit but not really for me.

Time to leave King of the Ring. Its back on sept the 7th. I should be back for it and the  Beemer will be better set up and I should be getting more sideways then ever before…… 😉